The Nature Center (also known as the Interpretive Center) is located seven miles from the park entrance. Five themes are shown: geology of island and dune formation, park flora, park fauna, tools people used on the island in earlier times, and political history of the island. A herbarium contains examples of plants found on Island Beach. In addition, a 1929 Model A Ford converted into a beach buggy and a well-used sneak box are highlights of the display. Over the years the Friends of Island Beach State Park have contributed to the maintenance and displays in the Interpretive Center.

Recently, we purchased new carpeting and furniture. The FOIBSP designed and constructed a large (4’x8’) model of the Reed hotel and surrounding buildings built in 1876 and found on the island before it became a state park. Audio enhanced narrative is being added to the model this year. We purchased a bird identification station with computer and software of the Birds of New Jersey. Most recently the FOIBSP purchased the camera near an osprey nest showing the live pictures in the Interpretive Center. These additions enhance the visitors experience at Island Beach. 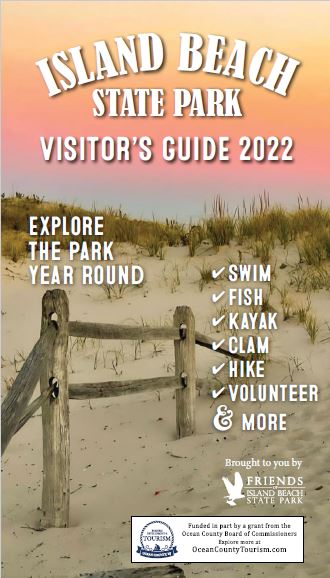