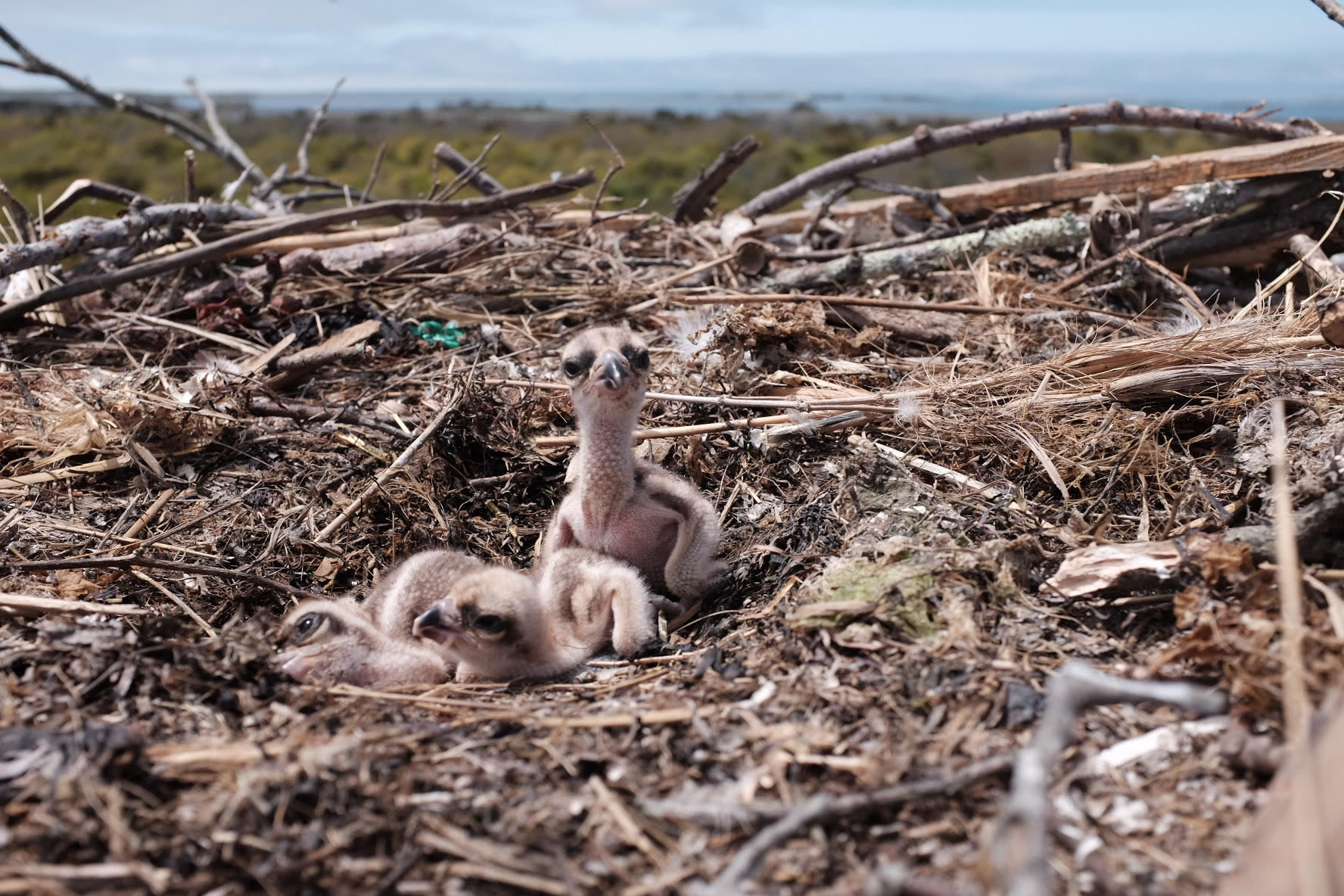 Bandit and Bay have not had the easiest nesting season so far this year. Viewers of the Pete McLain Osprey cam have been very helpful, alerting us when trash has been brought into the nest placing the osprey family in danger. Plastic litter is a pervasive problem at Island Beach State Park. Ospreys will often pick up trash and bring it to the nest where they can become entangled in it. One of our chicks became trapped inside of a garbage bag and required rescue on May 26th. Ben Wurst of Conserve Wildlife Foundation and Seaside Heights Public Works quickly came together to free the young osprey. It most likely would not have survived without intervention. You can see a video of the rescue here.

On June 17th, Ben Wurst returned to band the three osprey chicks. While it is always upsetting for Bandit and Bay to have someone near the nest, banding does not harm the chicks and the parents always return to the nest quickly to check on their young. Additionally, banding helps conservation experts learn more about ospreys which leads to further protection of the species. Check out Project RedBand to learn more about banding and to report sightings. You can also view this year's banding here.

Just days after the banding, viewers noticed that one of the chicks had an eye injury. Rescue was once again necessary. Ben Wurst retrieved the chick from the nest June 22nd, and Bill Gwyer (FOIBSP Vice President) brought the young bird down to Tri-State Bird Rescue and Research in Delaware. Please check our Facebook page for updates on the injured chick. We will post there as soon as we here anything.

We are so thankful to Ben Wurst of Conserve Wildlife, Seaside Heights Public Works, and the viewers of the Osprey Cam who helped to save the young chicks on more than one occasion.

If you would like to help support the Pete McLain Osprey Cam, please consider making a donation.The camera and it's infrastructure cost approximately $5,000 each year. Your support for this project enables us to keep the camera running year after year.

Update 6/28: Sadly, the young osprey that was taken to Tri-State Bird Research and Rescue had extensive damage to its eye and had to be euthanized. Osprey use binocular vision to hunt and it would not have survived with only one eye. While we are sad that it couldn't be saved, we are thankful that the osprey did not have to suffer for long. Rest easy little one. 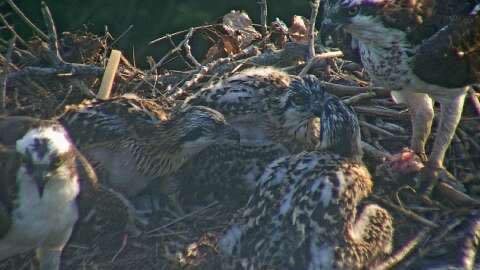 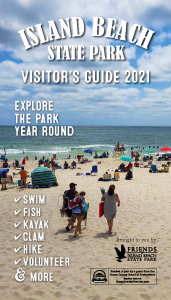