Science of the Shore – Piping Hot Info on Piping Plover 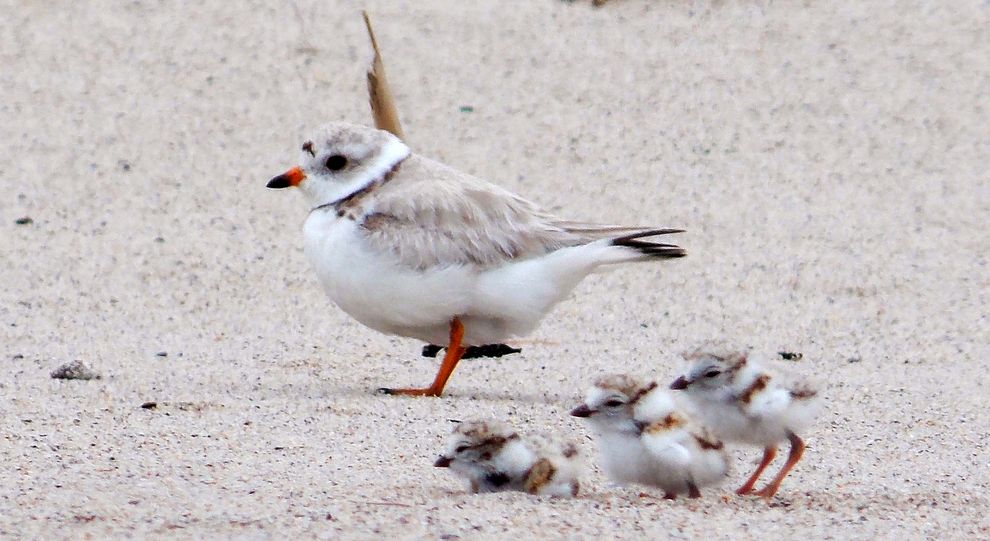 This is the eighth installment of the “Science of the Shore Column" written by Bianca Charbonneau, Phd candidate. Have a science question you would like answered? Email Bianca at BCharbon@sas.upenn.edu

The beach is home to many unique and often endemic (a plant or animal restricted to living in a certain area) species such as the piping plover (Charadrius melodus).

The piping plover is a small territorial shorebird (7” long, wingspan 15”) with a white belly and a light beige back and crown that you may see scurrying along the beach.

At Island Beach State Park and other beaches, you may have noticed that there are signs about keeping off certain due to potential piping plover nesting.

You should heed these signs because largely due to human interventions, the piping plover has been classified as a federally threatened species in the US since 1986 and is considered near threatened worldwide on the IUCN Red List of Threatened Species.

Populations of this bird have been rising due to conservation efforts since the 90s, but in 1986 when the species was listed as federally threatened the Atlantic Coast breeding population was only 3,600 birds.

Piping plovers are considered endemic in the US because their breeding range only extends from Newfoundland to North Carolina (occasionally in South Carolina too).

They winter in the Caribbean and along the Atlantic seaboard from North Carolina south to the Gulf Coast. However, within their breeding and winter range, they are only found in coastal areas on open sandy beaches, especially above tideline, and alkalai flats. They lay their eggs in nests (a shallow scrape in the sand, often lined with shell fragments and located near vegetation) right in the sand of the beach dunes and as a result, sea level rise is also of major concern for these species as well.

They eat insects and small aquatic invertebrates (worms, fly larvae, beetles, and crustaceans) that they forage for visually by running rapidly, stopping, and pecking or quickly snatching prey from the beach, dunes, mudflats, and shorelines of coastal ponds, lagoons, and salt marshes.

You can tell a breeding adult vs. a non-breeding one by its coloring.

In the summer, all piping plover have orange legs with a black tipped bill, but breeding adults also have a single black breast band, and a black bar across their forehead. In winter, they lose the breast bands, legs fade from orange to pale yellow, and the bill turns mostly black. The breeding season in NJ runs from mid-March to the end of August and gestation of the four resulting eggs is only 25 days.

The chicks learn to fly after 25-35 days and until this point, follow their parents to feeding areas.

If you see a nest, then please notify Fish and Wildlife Service and the local governing or management.

Help us conserve this unique bird species that depends on our beaches and is an important component of our coastal ecosystems, keeping the insect and small aquatic invertebrate populations in check!

Thanks to Our Sponsors 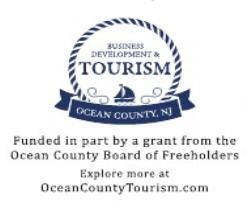 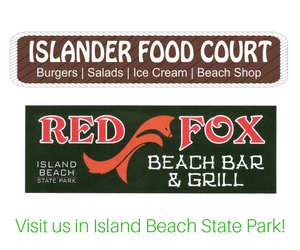